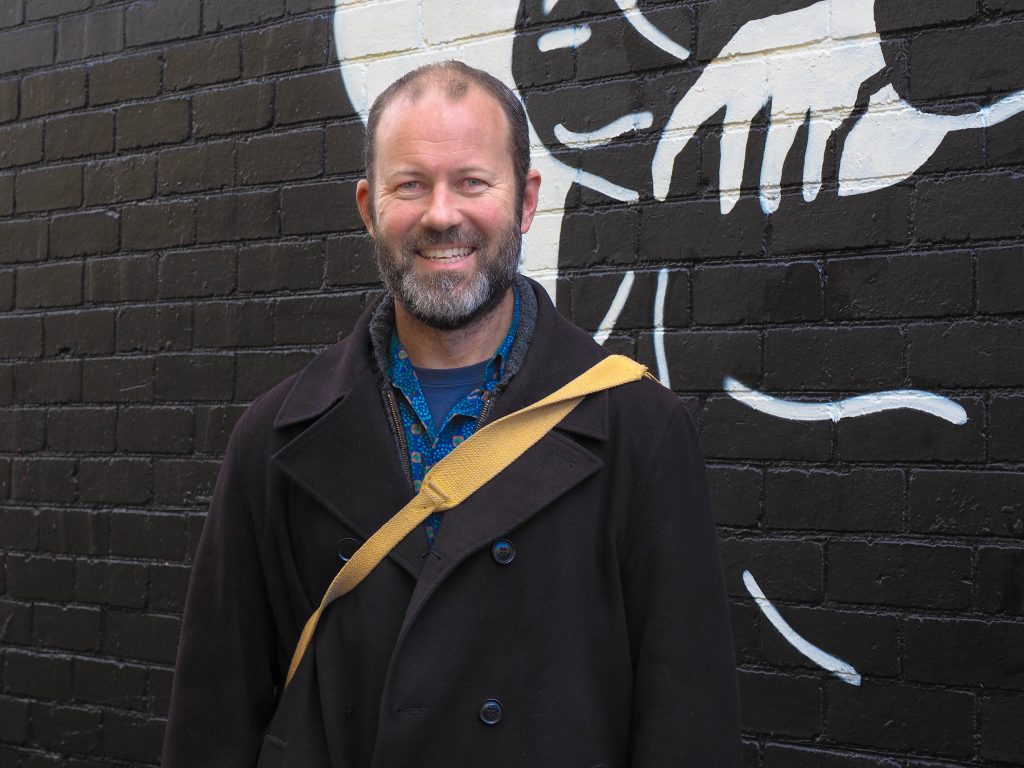 For the lucky ones among us, being 21 means enjoying the first flush of adulthood: moving out of home, getting a job, studying, and exploring the world.

During that time, Ivan’s mother was diagnosed with a rare form of dementia and, in his words, gradually lost “her memory, her personality, and her life” over a period of almost 10 years. Then, in his mother’s final years, Ivan’s father faced a health crisis of his own: he was diagnosed with prostate cancer, a disease that would ultimately claim his life in 2010.

In the preface to his book, Finding Happy Ground, Ivan reflects on how this “long period of misery” preceded his own challenges with personal health and wellbeing.

“Just after Dad died in 2010, I had one of three manic episodes and some depression, and was later diagnosed with bipolar disorder,” he writes.

“This has been my life’s great curse and also one of my biggest gifts.”

These days – thankfully — Ivan is doing really well. He loves living in New Norfolk with his wife, is an avid meditator, and has full-time work.

He also runs his own wellbeing business, and is committed to the cause of engaging people with lived experience of mental illness in conversations on improving the Tasmanian health system.

That was one reason why he took part in a three-day training course run by mental health consumer advocacy group Flourish, supported by the Australian Government through Primary Health Tasmania, in Hobart late last year.

An interest – and PhD – in community engagement was the second incentive.

Ivan was among a total of 14 men and women with lived experience of mental illness to graduate from the first batch of Course in Consumer Leadership training days, which Flourish brought to Tasmania through a collaboration with Victoria’s Health Issues Centre.

It was the first time Tasmanian mental health consumers had undertaken nationally accredited training designed to give them a stronger voice in service development and improvement.

“It’s pitched at a really good level – I think anyone could do the course,” Ivan says.

This July Primary Health Tasmania will support Flourish to run the course a second time, this time in the state’s north.

Ivan says anyone with lived experience should consider going along, even if they don’t feel confident speaking about ‘system reform’.

“I think anyone who has a mental illness is already an expert, in some ways,” he says. “Everyone’s got a story, and everyone is valuable.”

It’s a theory Ivan put into practice himself after completing the three-day course, when he spoke to a room of Tasmanian psychiatrists, psychologists, and health department workers as part of a statewide mental health consultation workshop.

He says sharing his story with the room in person, and not through the pages of his book, was a bit intimidating at first.

But once he’d done it, the significance of involving a consumer’s point of view in sector conversations felt more vital than ever.

“The course made me realise I wasn’t alone, and how important the work is,” he says. “I really want services to learn to listen to the people they’re serving.”

Because ultimately, while Ivan’s encounters with the health system and his own personal wellbeing are important, the potential for constructive consumer involvement in the Tasmanian health system is what he really wants to focus on.

In other words: the future.

“It’s not a death sentence.”